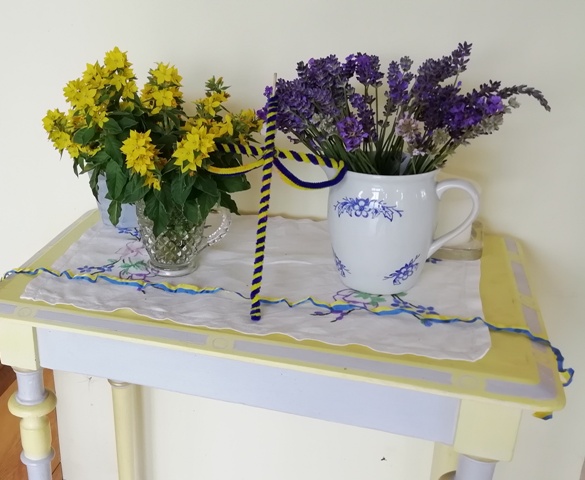 This article is in both Swedish and English. Don’t miss to read about the Swedish Midsummer celebrations and watch the videos, might be a bit of fun for you. We are crazy, in a positive way! 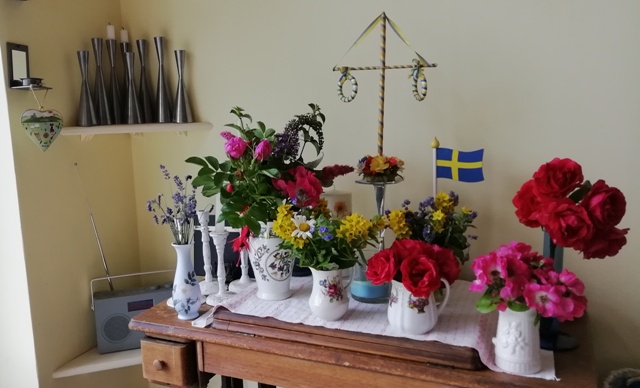 We did’t have a big celebration of midsummer yesterday, but I decorated my old sewing machine with flowers from the garden and a small maypole. 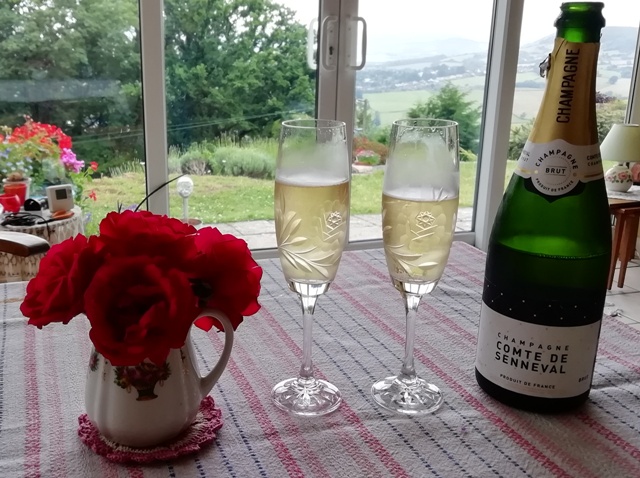 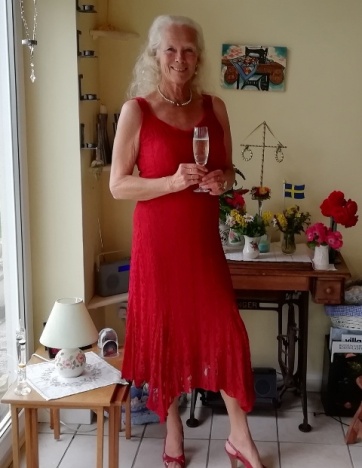 We started the celebration with a bottle of champagne before dinner. 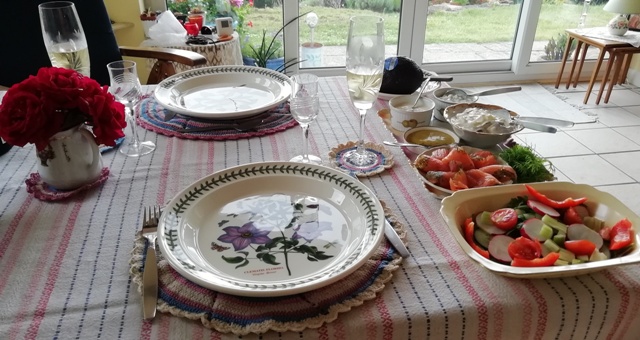 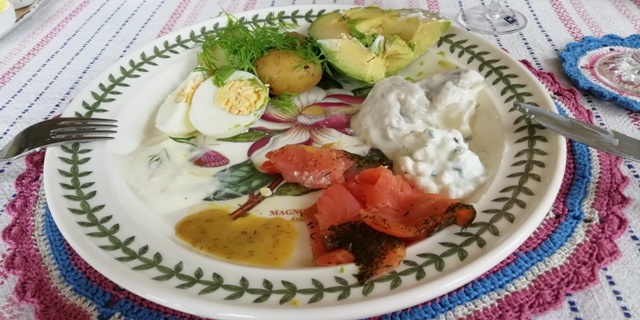 We had pickled herring with new potatoes, all according to tradition. According to the tradition you have to drink snaps, but I just don’t like it, but a few drops are fine. 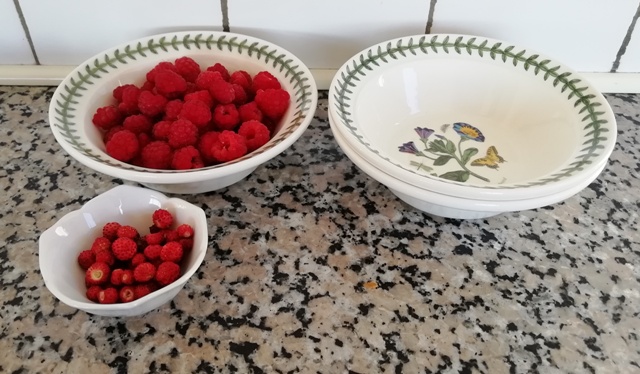 According to the tradition there is always a strawberry cake with whipped cream, but as we have wild strawberries and raspberries in the garden I used these as an alternative and local produced ice cream.

You Swedes don’t have to read this, you have all done it!

About Swedish Midsummer traditions in English

Raising and dancing around a maypole (majstång or midsommarstång) is an activity that attracts families and many others. Greenery placed over houses and barns was supposed to bring good fortune and health to people and livestock; this old tradition of decorating with greens continues, though most people no longer take it seriously.

Like in Norway and Finland, it is believed that if a girl picks 7 different flowers in silence of the midsummer night and puts them underneath her pillow, she will dream of her future husband.

Another tradition on a Swedish Midsummer is to end it with a skinny dip at night. It’s not mandatory to be naked, but many will be completely naked accompanied with an old or new partner after a couple of the famous schnapps

In Sweden and Swedish speaking parts of Finland, the maypole is usually called a midsummer pole, (Swedish: midsommarstång), as it appears at the Midsummer celebrations. Common in all of Sweden are traditional ring dances, mostly in the form of dances where you are alternating dancing and making movements and gestures based on the songs, such as pretending that you are scrubbing laundry while singing about washing, or jumping as frogs during the song Små grodorna (”The little frogs”). The ring dancing is mostly popular with small children.

This holiday is normally referred to as ‘midsummers eve’ or Midsommar in Sweden. Originally a pre-Christian tradition, the holiday has during history been influenced by Christian traditions and the celebration of Saint John, but not as much as to it changing name, as in neighbouring Norway and Denmark. A central symbol nowadays is the ‘midsummer pole’, a maypole that is risen on the same day as midsummers eve. The pole is a high wooden pole covered in leaves and flowers. Participants dance around the pole and sing songs. Other traditions include eating pickled herring with fresh potatoes, often the first from the seasons harvest, served with sourcream and chives, and often accompanied by drinking snaps. It is the biggest holiday of the year in Sweden besides Christmas, and with Sweden being a part of the vodka-belt, getting drunk and feasting all the whole day and night is common.

Another tradition common in Sweden is to make midsummer wreaths of flowers.